Two windows are displayed in the History of Jersey exhibition. In poor condition, they were removed from the Fishermen’s Chapel in 1987 when the Chapel was excavated and restored. 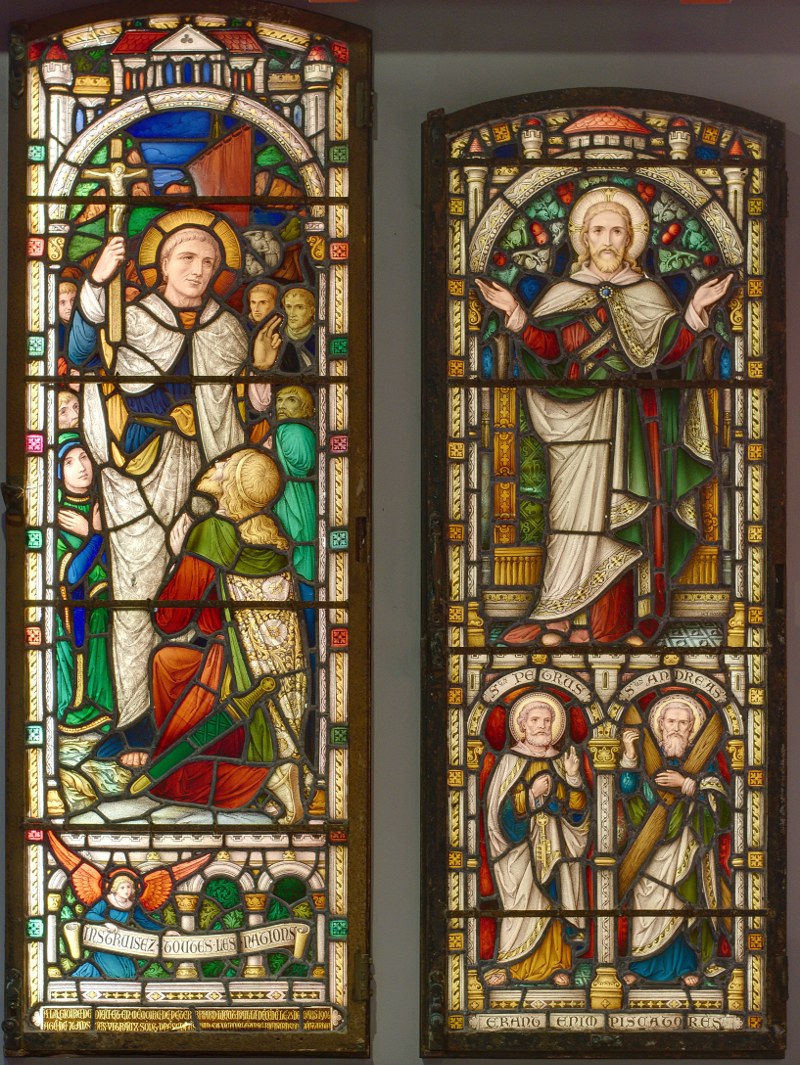 The left hand window, originally in the west wall of the Fishermen’s Chapel, is slightly taller than the other, and shows St Brelade in priestly robes, standing on seaweed on the shore and holding a staff topped by a crucifix in his right hand. In front of him kneels a local chief, indicated by a plain gold band round his head, and his followers, all being blessed by the saint. In the background, there is the rust coloured sail of a boat and cliffs in the distance.

The right-hand window, from the east end of the Chapel, depicts Christ with arms outstretched. Below him, in two smaller panels, stand St Peter with his symbolic keys and St Andrew supporting his traditional diagonal cross. Below them is a scroll bearing the words: “Erant enim Piscatores” (For they were Fishermen).